“Do you want low fat, no fat, full cream, high calcium, high protein, soy, light, skim, omega 3, high calcium with vitamin D and folate or extra dollop”… You may remember this confusing question from a Pauls Milk commercial previously aired in which a customer innocently asked a shop assistant for a simple bottle of milk.  This certainly poses the question – when did selecting a bottle of milk ever become so complicated? 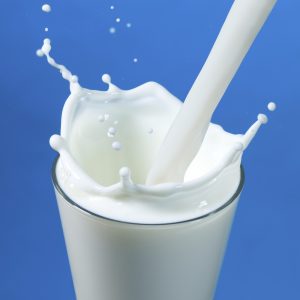 In this first part of ‘All About Milk’, we are going to start by exploring common terms found on our bottles of milk. There are so many confusing terms thrown onto our milk that it is difficult to know what we are actually drinking or what we should choose!  Let’s explore this a little further…

A topic that has been the subject of great debate is fat. One second it’s bad for you, the next it’s not. What health professionals understand is that there are different types of fats found in foods that have different effects on our body. What has been come to be known as “bad fats” are saturated and trans fats which in excess, are linked to the build-up of plaque and narrowing of artery walls. Saturated fats are found in foods of animal origin, which means they are abundant in full cream milk. Fat is also plentiful in energy so if you are trying to lose or maintain weight, choosing a low-fat milk can help reduce calories in your diet. It should also be noted that reducing the fat content in milk does not alter its nutritional content.

A2 milk refers to one of the many proteins found in milk called beta-casein. Beta-casein has two forms known as A1 and A2 which come from certain cows depending on their genetics.  Regular non-A2 milk contains a variation of both A1 and A2 beta-casein (around 60% and 40% respectively).  A1 and A2 protein differ in single amino acid. When A1 milk is digested a peptide called beta-casomorphin 7 (BCM-7) is released that has been hypothesised to play a role in the development of health problems such as diabetes, heart disease and neurological conditions such as schizophrenia. The reason A2 milk has been manufactured is that the A2 protein does not have the same amino acid as A1 protein so its digestion does not result in the release BCM-7.

A2 milk has also gained attention in Australian media through celebrity Dannii Minogue who claims she tolerates A2 milk despite ‘insensitivity’ to milk.  However, the claims regarding A1/A2 milk currently do not have sufficient evidence backing them, indicating a need for better scientific studies. Whilst A2 milk is currently being marketed as a premium brand, Food Standards Australia and New Zealand agree that there is no convincing scientific evidence that supports A2 milk as being any better for health than regular milk.

At the end of the day, the choice to buy A2 milk lies with the consumer. It must be noted that A2 milk is not a suitable option for those with lactose intolerance. However, if you are not lactose intolerant but find that you ‘tolerate’ A2 milk better than regular non-A2 milk then the answer would be, go for it!

Microorganisms and bacteria love to grow in milk and throughout history, it has been a medium for carrying serious illnesses such as typhoid, diphtheria and tuberculosis. Pasteurisation is an effective public health measure in which milk is heated for a short time below its boiling point. The result kills 100% of bacteria, yeasts and moulds. We can also thank pasteurisation for deactivating enzymes that cause sour taste. Pasteurisation also extends the shelf life of our milk. In ultrahigh-temperature (UHT) milk, the milk is heated to a higher temperature with a shorter duration than pasteurisation.  This creates the ‘long life’ milk we see in sterile containers which indicates its ability to remain unrefrigerated for an extended period of time.

In unhomogenised milk, a thick yellowish cream separates and forms on the top of the milk. Homogenisation mechanically breaks up the fat globules responsible for this separation and evenly distributes them within the milk. It is important to note that the nutrient content of milk is not altered in any way by this process.

Permeate is the term used when milk is filtered using a process called ultra-filtration to separate milk sugar (lactose), vitamins and mineral components from milk protein. Milk composition can vary depending on many factors such as the farm, breed of cow and season. In Australia and New Zealand, the composition of milk is regulated by the Food Standards Code to ensure it is nutritionally consistent no matter what product you purchase. In order to ensure this consistency, milk manufacturers add permeate back to the milk to standardise its composition to meet requirements set by the Food Standards Code. In short, milk is added back to milk to ensure it meets required standards. This is not a bad thing as altering components of milk also allows the wide range of milk products available today in our supermarkets. Milk that is permeate-free simply foregoes the process of ultra-filtration.

Organic products will not contain synthetic chemicals, fertilisers or genetically modified organisms and should ensure that animals live in a free-range environment. Overall, organic farming techniques are nutritionally comparable to those produced by regular farming methods.

There are no ‘right or wrong’ choices when it comes to choosing milk but there are certainly personal preferences based on what you like!