I’ve always loved rice pudding or ‘rizogolo’ in Greek as my wonderful mother-in-law calls it (and I should note her more traditional cinnamon and vanilla version is to diet for…and she has made this for me MANY times in the last decade).  This rice pudding just has a little dairy free and coco-nutty twist!  This is a great little dessert but I ate it for breakfast too! It is so creamy and tasty you wouldn’t guess it is dairy free, gluten free and low in added sugar too.  Perfect for the adults and the kids.

Now that I’ve made it, I think this would also be divine made with quinoa instead of the rice which would make it higher in protein, fibre and lower glycaemic index too. 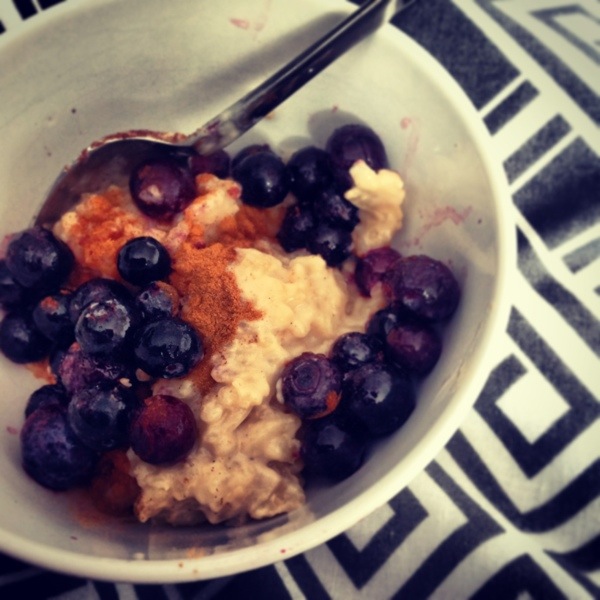 How the Magic Happens

1. Start by rinsing the rice with water. Add rice to a medium saucepan. Add sugar substitute, vanilla bean and pod (or paste) and coconut milk.

2. Cook over low heat, stirring occasionally, until the milk is absorbed, about 5 minutes. Gradually add 2 more cups of almond milk, about 1/2 cup at a time. Let the milk absorb before adding more.

3. After 25 minutes, the rice pudding will be thick and creamy.

…in the Slow Cooker or Rice Cooker:

1. Turn the slow/rice cooker on.

…in the Thermomix (adapted from the fabulous Quirky Cooking)

1. In your Thermomix, grind up the sugar and vanilla bean for 1 minute on speed 9.

2. Scrape down lid and sides and add remaining ingredients. Cook for 25 minutes at 90 degrees, reverse, speed 1 1/2.

3. Allow to cool for approximately 5 minutes before serving (it will thicken slightly).