Do you have loose and watery stool?
Are you suffering from headaches and fatigue?
Do you keep getting itchy skin rashes?
Have you suddenly lost weight without going on a diet?

We’re here to help you…

If you answered ‘yes’ to any of the questions above, then you probably have coeliac disease.

Don’t be alarmed! Our team of competent dietitians and nutritionists have helped many of our clients with coeliac disease manage their condition and improve their quality of life. Our professional advice and personalised dietary programs have helped our clients make significant progress, and we believe they can do the same for you.

What is coeliac disease?

Coeliac disease is a life-long genetic disease that primarily affects your small intestine. Its symptoms range from diarrhoea and/or constipation, vomiting, fatigue, headaches, rashes, to weight loss and fertility problems. These symptoms are triggered when you ingest foods that contain gluten. There is still no known cure for it.

Coeliac disease can be difficult to diagnose because many of its symptoms are similar to that of IBS and other digestive disorders. That is why many individuals suffering from coeliac disease receive the wrong diagnosis and consequently, improper treatment.

Are there different types of coeliac disease?

A third type is called the silent coeliac disease, which is the asymptomatic form of this condition. Individuals with this type of coeliac disease do not exhibit the symptoms associated with their condition but their consumption of gluten still causes damage to their small intestine.

What will happen to my body if I have coeliac disease and ingest gluten?

When you have coeliac disease, your body demonstrates an intolerance to gluten, the family of proteins found in foods made from grains such as cereals, oatmeal, wheat bread, pasta, and most baked goods. It does so by alerting your immune system every time it detects gluten in your body.

An immune response is then triggered within your small intestine, which destroys gluten but also causes serious damage to your villi over time. Villi are the tiny, finger-like structures that line your intestine and absorb nutrients from the food you eat. Impaired villi will not be able to function properly, causing the above-mentioned symptoms that can eventually lead to more serious health conditions such as malnutrition, osteoporosis, and cancer.

Yes, coeliac disease is hereditary. It can affect both the male and female members of a family, regardless of age. Families with a northern European ancestry are said to have a higher predisposition to this disease.

If you have a first-degree relative (parent, sibling or child) who has been diagnosed with coeliac disease, there is a 10% possibility that you have it, too, whereas the chances of an identical twin having coeliac disease is approximately 70% if the other twin also has it.

If anyone in your immediate family has been diagnosed with coeliac disease, it’s best to get the other members tested as well. Early diagnosis and treatment of coeliac disease is crucial in improving the patient’s quality of life, reducing the adverse effects of the disease, and potentially reversing the damages it has already caused.

In Australia, it is estimated that one in every 100 individuals has coeliac disease, although around 80% of this population have not been properly diagnosed.

While coeliac disease doesn’t discriminate in terms of age or gender, it is observed that high levels of stress, infection, and pregnancy are common risk factors of this disease.

Coeliac disease is dangerous when it goes undetected or misdiagnosed. Apart from the more common symptoms of coeliac disease, individuals who have this condition could also suffer from nutrient deficiency that can lead to the following:

Other complications could arise if coeliac disease is left untreated, including a higher risk for cancers. T-cell lymphoma, small bowel lymphoma, and cancers of the mouth, throat, and esophagus are some of the more common cancers resulting from undetected coeliac disease.

How do I get treated for coeliac disease?

Since there is no available cure yet for coeliac disease, the next best thing you can do is to manage it with a gluten-free diet.

Consulting a qualified dietitian or nutritionist will also help ensure that your body still receives the right amount of nutrients it needs while you are on a gluten-free diet.

We can help you deal with your coeliac disease 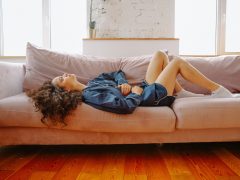 Can you suddenly develop coeliac disease? 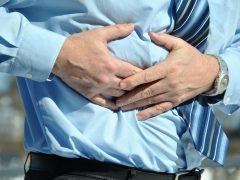 Do I have IBS or Coeliac Disease?

Diarrhea, constipation, or both. Bloating. Gas. Abdominal pain. These are common symptoms among people suffering from irritable bowel syndrome (IBS) and coeliac disease. But don’t be fooled by the symptoms because that’s where the similarities end. If you fail to unearth the underlying reason for these symptoms, the effects to… 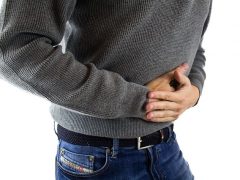 5 Signs That You May Have Coeliac Disease

Coeliac disease affects 1 in 100 Australians, and more than 80% go on with their life without being diagnosed. This genetic, autoimmune disease involves your body producing antibodies against dietary gluten, resulting in inflammation and damage to your villi - tiny, finger-like structures found in the lining of your small…