Are your skin and joints getting inflamed?
Have you been diagnosed recently with anaemia?
Did you notice ulcers growing in your mouth or anus?
Do you feel like you haven’t emptied your bowels even after a bowel movement?

Our team is ready to help you…

If you answered yes to one or more of these questions, then there’s a possibility that you might have Crohn’s disease.

But don’t let that scare you. Our team of accredited dietitians and nutritionists have helped many of our clients with the same condition manage their symptoms by dispensing the proper nutrition advice, formulating a personalised dietary plan, and suggesting certain adjustments to their lifestyle. If we can do all these services for them, we can do the same for you!

What is Crohn’s Disease?

Crohn’s disease is a chronic or long-term condition which causes inflammation and irritation of your gastrointestinal tract.

Gastroenterologists classify Crohn’s disease under a group of conditions known as inflammatory bowel disease (IBD). Crohn’s disease got its name from Dr. Burrill B. Crohn, who, along with his fellow physicians Dr. Leon Ginzburg and Dr. Gordon D. Oppenheimer, published a case series about fourteen patients who exhibited its symptoms in 1932.

You can get Crohn’s disease at any age. However, it is more prevalent among young Caucasian adults between 20 and 30 years old. Rates of Crohn’s disease among Hispanics and Asians have also increased in recent years.

What are the different types of Crohn’s disease?

What Are the Signs/Symptoms of Crohn’s Disease?

The most common symptoms of Crohn’s disease are abdominal pain and diarrhoea, which suggest inflammation in the colon and small intestine. Other symptoms include the following:

What Are the Causes of Crohn’s Disease?

Unfortunately, the exact causes of Crohn’s disease are unknown. However, experts believe several factors may come into play:

In some cases, Crohn’s disease is hereditary. According to the Crohn’s & Colitis Foundation, between 1.5 percent and 28 percent of people with an inflammatory bowel disease (IBD) have a parent, child, or sibling who also has a similar ailment. If both of your parents have been diagnosed with Crohn’s disease, then you have a substantially higher risk of getting it than other individuals.

Whilst genetics play a factor in Crohn’s disease, it is impossible to predict who may get it based on family history.

How Do I Get Treated for Crohn’s Disease?

There are several treatment options that can help you manage your Crohn’s disease. These include:

It’s important to remember that there is no standard treatment for everyone with Crohn’s disease. Each patient’s situation is unique, therefore you can expect your doctor and our team to formulate a treatment plan which is tailor-fit for you.

Our team of gut and bowel health experts are ready to help you enjoy a better quality of life even with Crohn’s disease. We have been helping our Crohn’s disease clients manage their symptoms and prevent them from getting worse through our recommendations of a proper diet, good nutrition habits, and suitable lifestyle changes. We can also help you formulate an easy-to-follow, practical, and personalised treatment program that will help you manage your Crohn’s disease more efficiently.

Enquire with us now to find out more about how we can help you deal with your Crohn’s disease. 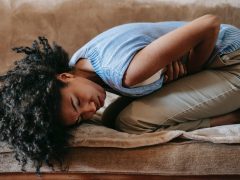 Relax—Crohn’s disease is not deadly. But if left untreated, it can result in serious health issues that may put your life at risk. What is Crohn’s Disease?  Crohn’s disease is a chronic inflammation of your gastrointestinal (GI) tract. It is an inflammatory bowel disease (IBD) which usually affects the end… 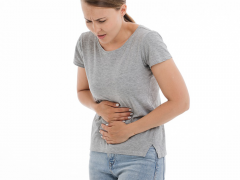 What is the Difference Between Crohn’s Disease and Ulcerative Colitis?

Approximately 80,000 Australians suffer from Inflammatory Bowel Disease (IBD), with 60% of IBD patients aged under 40. Both Crohn's disease (CD) and ulcerative colitis (UC) are the most common types of IBD. They affect both genders equally and share similar signs and symptoms, but they are not the same disease.…